Get to know the artists at 504 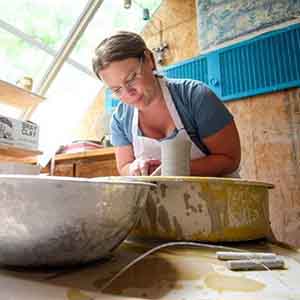 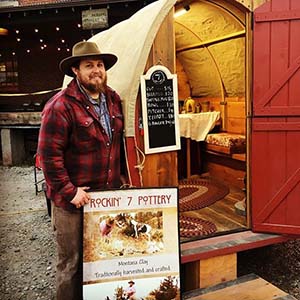 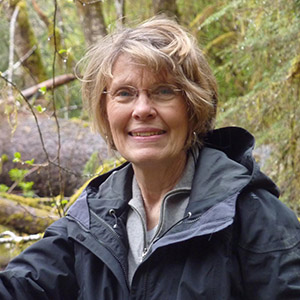 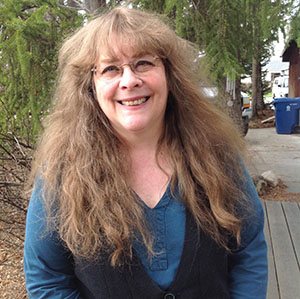 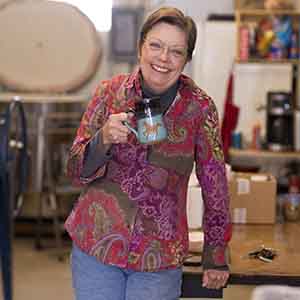 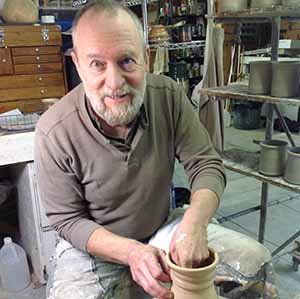 Cassy began making pottery at Montana State University Billings almost two decades ago. After graduating from college she moved to Baltimore, Maryland where she worked in Washington D.C. for the National Society Daughters of the American Revolution; in Baltimore as the Guest Services Manager for a boutique hotel in Cross Keys; and then as the writer/project coordinator for Neustadt Creative Marketing, a higher education marketing firm. She was also a community mediator for the Baltimore Community Mediation Center.

In 2007, Cassy moved to Portland, Oregon where she worked as the Business Development Manager for a political public relation, lobbying and marketing firm. In 2010 she was presented with the opportunity to move back to her Montana home. For two years Cassy continued to work remotely managing new business for the firm from Billings.

In 2012 she decided that the time was right to start 504 Square Feet, an idea that had been brewing since living in her small, but efficiently organized, comfortable and cozy, 504 square foot home in Oregon. Cassy now works full time from her ceramics studio at 213 11th Street West in Billings, Montana creating functional ceramic work that she hopes will enhance her clients’ enjoyment of everyday life.

Melinda first found her love of pottery when she took a night owl class with a local potter, Steve Deganhart, and just couldn’t stop playing with clay after that!  A move to Seattle provided her with the opportunity learn from a variety of teachers and hone her skills. She describes her style as modern rustic inspired by nature and her love of food and entertaining.  Her most popular lines have been a series of outdoor works and a wide range of functional works for the home. She is currently working out of 504 Square Feet and you can see her own one of a kind works there. She can reach her by phone and email or at Studio M on Facebook.

Tana Patterson uses wheel throwing, hand building, stamp textures and slip painted images to create pottery that is durable, usable art. She has a B.A. in Ceramics and Drawing from MSU-Billings and a M.F.A. in Ceramics and Painting from Texas Tech University. Born and raised in Billings, Tana has been making and/or teaching art for over 30 years.

Wayne Small is a Billings, Montana area artist and creator of Rockin’ 7 Pottery. He lives on his small ranch in Shepherd Montana. Wayne has a degree in art from Montana State University and has been making pottery for over 10 years. He digs all the clay he uses by hand at his family’s horse ranch, the Rockin’ 7.

Wayne says, “Using local clay in my work lends it authenticity to Montana and my life. Clay and other materials from my home help express the experiences I’ve had living here my entire life. I use horses to harvest my clay because they have always been a part of my life and the land.”

Wayne makes pottery and sculptures from earthenware clay. He uses form, colors, and texture to create work that is analogous to the landscape.

The excitement of finger painting at age 5 launched a career in the arts that has continued for over 60 years for Deb Dudley.  Her career in graphic arts for 20 years, continuous oil painting from an early age, then the addition of the exploration of sculpting, carving clay bodies and stringing gemstones has sustained her love of art and her belief in its restorative ability to bring joy

Jim began learning pottery in Japan while he was supposed to be studying ancient Japanese poetry in preparation for becoming a college professor. He says, “It’s not that I dislike Japanese poetry, it’s still fascinating to me, but the idea of becoming a professor gave me claustrophobia. I read Bernard Leach’s A Potter’s Book and was hooked, never looked back.”

He apprenticed with several traditional potters and eventually built a studio and kiln in the mountains of central Japan. In 1978, he returned to his native Montana and served for a time as Potter in Residence at the Yellowstone Art Center (now “Museum”) before becoming a full-time studio potter. Over the past 40 years, despite occasionally earning his living as a Japanese teacher, a printer, a program administrator, an editor, and more recently as a rehabilitation counselor, he has thought of himself primarily as a production potter. He continues to make his unique high-fired functional stoneware, made to be used, made to be held in the user’s hand with joy.

Check Out What’s Happening At 504

Check out some of our upcoming events! Browse our shop for those one-of-a-kind pieces! 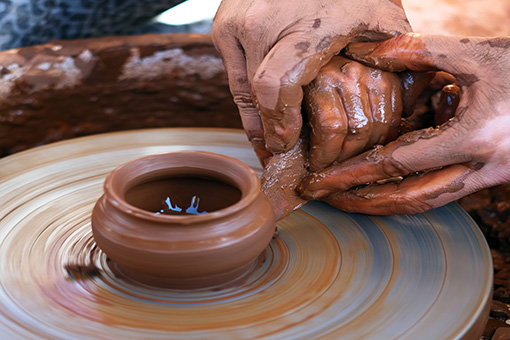 Classes for the Fall 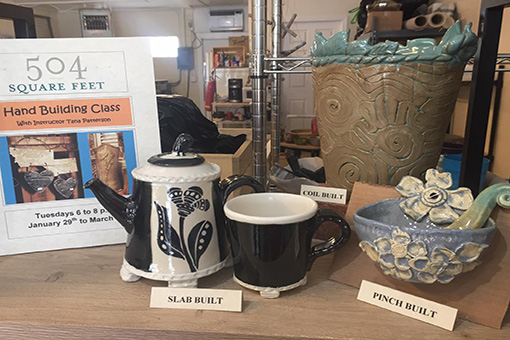 Send Us A Message

Sunday - Thursday: Open sign will be out when we're working or call/text for appointment